skip to main | skip to sidebar

I'm hosting a ladies brunch at my house on Saturday, we were supposed to get a winter storm yesterday, but it passed us by, thank goodness! I have a vintage ruby red punch set, and the bowl is smaller than the typical punch bowl, just the right size for a small gathering. But I needed the perfect size ladle - a regular size punch ladle was just too big for this bowl. I wanted a vintage silver one, so I turned to Holly of The Pink Rose Cottage. She found the perfect one! Isn't it beautiful? I love it. 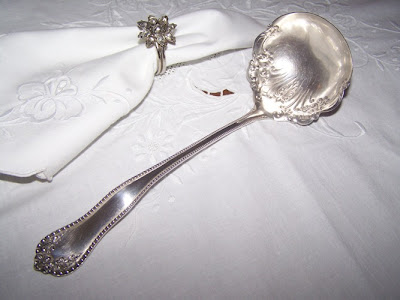 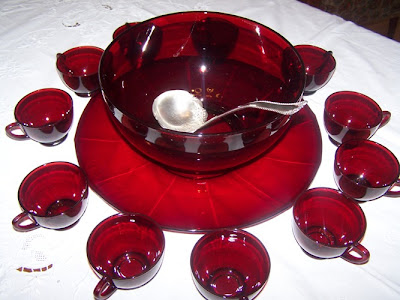 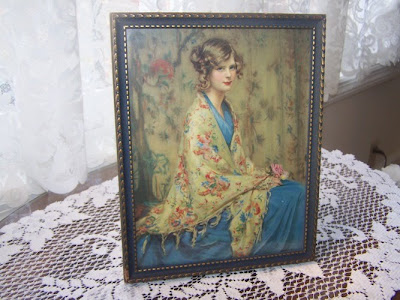 This print is offered for sale in my etsy shop.


On one of my antiquing jaunts, I found this amazing framed print, called "Alice Blue Gown." Some speculate that the painting is of Teddy Roosevelt's spitfire of a daughter, Alice, but apparently the print was done during the time that Alice was quite the sensation. According to Wikipedia: Alice blue is a pale tint of azure that was favored by Alice Roosevelt Longworth, daughter of Theodore Roosevelt and which sparked a fashion sensation in the United States. The hit song "Alice Blue Gown", inspired by Longworth's signature gown, premiered in the 1919 Broadway musical Irene. The musical was made into a film in 1940 starring Anna Neagle and Ray Milland.

Here's a stanza from the song:In my sweet little Alice blue gown
When I first wandered down into town
I was both proud and shy, as I felt every eye
And in every shop window I primped passing by
Then in manner of fashion, I'd frown
And the world seemed to smile all around
'Til it wilted, I wore it, I'll always adore it
My sweet little Alice blue gown

Here's a little biographical info on Alice:
When her father took office following the assassination of President William McKinley (an event that "filled (me) with an extreme rapture") Alice became an instant celebrity and fashion icon. The song Alice Blue Gown was written as an ode to her and her signature color. She was also known as a rule breaker in an era when women were under great pressure to conform. One of her most famous actions was the smoking of a cigarette in public, something that would have national ramifications. When her father banned her from smoking in the White House, Alice followed her father's instructions by moving her smoking to the roof of the White House. President Roosevelt was quoted once as saying I can run the country, or I can control my daughter, but I can't do both.” Alice was the center of attention in social context of her father's Presidency. "She is",” President Roosevelt said, "the bride at every wedding and the corpse at every funeral."”

Posted by Melissa/Piney Rose at 11:44 AM 6 comments

I have oodles of vintage crochet trims, so I put some to use by covering a lampshade - it was really easy; just use tacky glue to attach in rows, starting at the bottom. At the top edge, I glued some vintage yo-yos made from satin and tulle with mother-of pearl buttons sewn to each center. I love how it turned out. A vintage pink stone jewelry finding is pinned to the side with a pearl corsage pin. 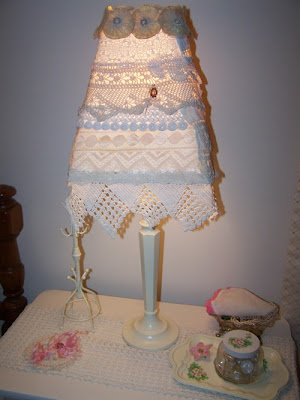 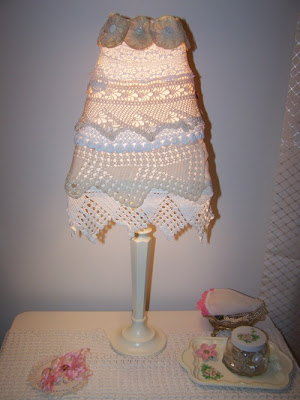 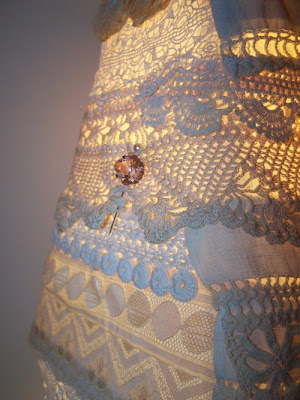 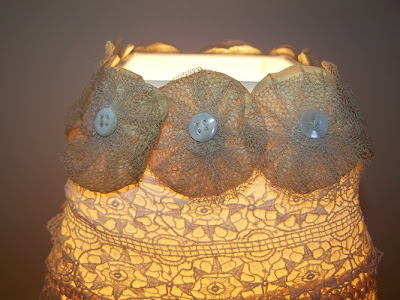 Posted by Melissa/Piney Rose at 6:28 AM 8 comments

Listed in my Etsy shop - 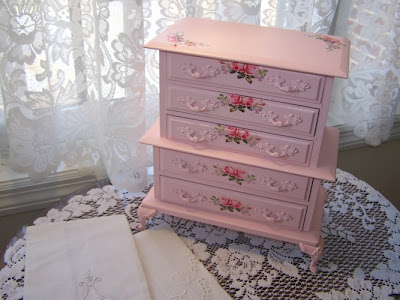 Some vintage beveled mirrors, just listed in my Etsy shop! 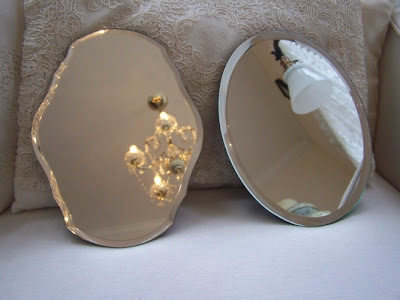 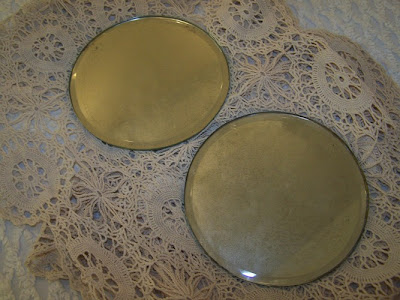 Posted by Melissa/Piney Rose at 3:51 AM 0 comments 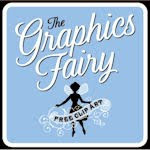 My name is Melissa and I live with my husband of 27 years. We have 2 grown children, Carly and Will. I have a deep love for the mountains and my Appalachian heritage. My passion is decorating with and upcycling vintage items, and going to estate sales, yard sales, flea markets. I offer vintage finds in my Etsy shop, PineyRoseDesigns